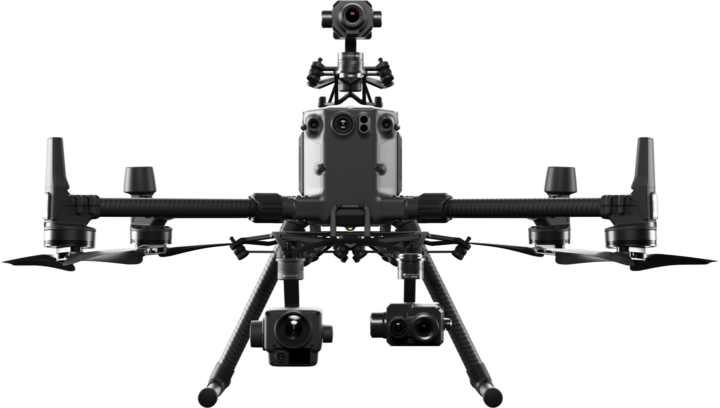 As a remote UAV pilot for Power Imaging LLC, we specialize in data gathering, thermal surveys, and mapping for power distribution clients. With that in mind, the most exciting part about the release of the M300 RTK is the battery life. With two fully charged batteries, the M300 can be airborne for nearly an hour! Granted, this flight time represents a bare copter without a payload…even still. Wow.

DJI claims a user can hot swap batteries without shutting down the aircraft, and they’ve developed a new fast charging battery hub allowing for quick charge of up to four groups of flight and controller batteries. The whole system seems designed for minimum downtime and with a max flight speed of 50 miles per hour and a maximum range of 9 miles combined with the 55 min flight time, DJI has also put serious focus on helping a user access very remote areas.

Along with the release of the M300 RTK, DJI has launched a brand new camera system to go along for the ride. The Zenmuse H20 features three different sensors, a 20 MP 23 power optical zoom camera, a 12 MP wide angle camera, and a laser range finder. Even more interesting for power inspections, the Zenmuse H20T version adds in a 640px resolution radiometric thermal camera. Unfortunately, the H20 camera systems aren’t backwards compatible with earlier versions of the Matrice series….but thats to be expected.

For DJI, just releasing another UAV with better cameras and longer flight time wasn’t worth it. The M300 RTK also represents a huge change in technology. The Smart Inspection flight mode allows a user to record missions live and repeat this route over and over collecting data from the exact same locations time and time again.

As of now there’s no mention of pricing, but interested users can pre-order now with shipping scheduled for second quarter 2020.